Never before has the threat to computer security been so prevalent with scandals and hacks revealed in the news almost on a daily basis. Whether you are an industry insider or work in cyber and network security there is an avalanche of information to cope with and keep up to date.
An efficient method of staying in touch and avoiding all the noise is to simply follow the most influential characters on Twitter who have the most to say.

Who are the key tweeters in the industry?

We have gone to the trouble of creating a comprehensive list so you can decide who to follow. The list is in order of followers which is one measure of popularity, however, the choice is yours. Enjoy and please fee to share. 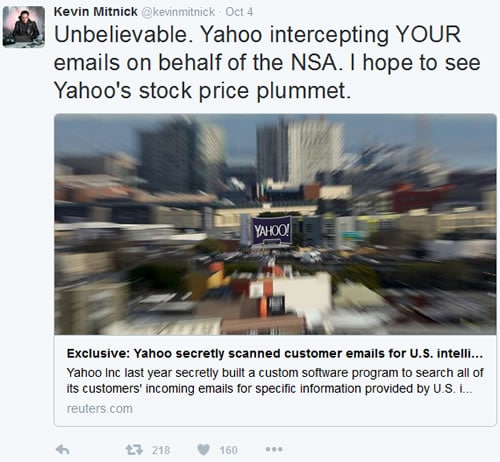 How Do We Test Your Security?