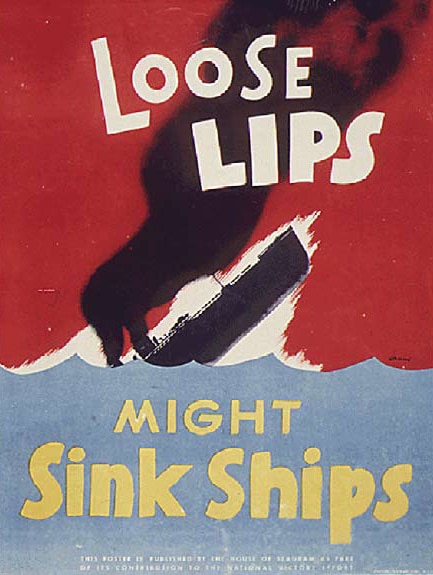 The phrase is still used today and relates to being careless when talking openly and freely on confidential matters. Never was this so ably demonstrated when Gerald Ratner, in a notorious gaffe in 1991, wiped £500M off the share price of Ratners when answering the question ‘How can you sell these products for such low prices’ he famously replied “Because it’s total crap.”  As a result a new phrase “doing a Ratner” was duly coined.

Another notable ‘Ratner’ type gaffe was when the Head of Barclaycard admitted he did not use his own credit card because it was too expensive. The offence was then compounded by the then Chief Executive of Barclays having seemingly warned his children against pilling up debt on credit cards.  And then there was the marketing director of Topman who referred to its customers as “hooligans”.

Now in these cases each gaffe was an ill thought through statement made in a very public forum. So what about making gaffes in public places when you feel you don’t know anyone and that no one in your vicinity has an interest in you or your company? A packed city train perhaps?

Will Technology Play its Part?

With the increase of mobile technology and mobile working, information can be leaked. For example, by inadvertent conversations in public places or by people observing sensitive material displayed on a screen in an airport or on a train.  Employers need to ensure that each of their employees are aware they are responsible for ensuring privacy and confidentiality even in public places.

So are we are all sure our teams know how to avoid doing a “Ratner” or sinking your ship?