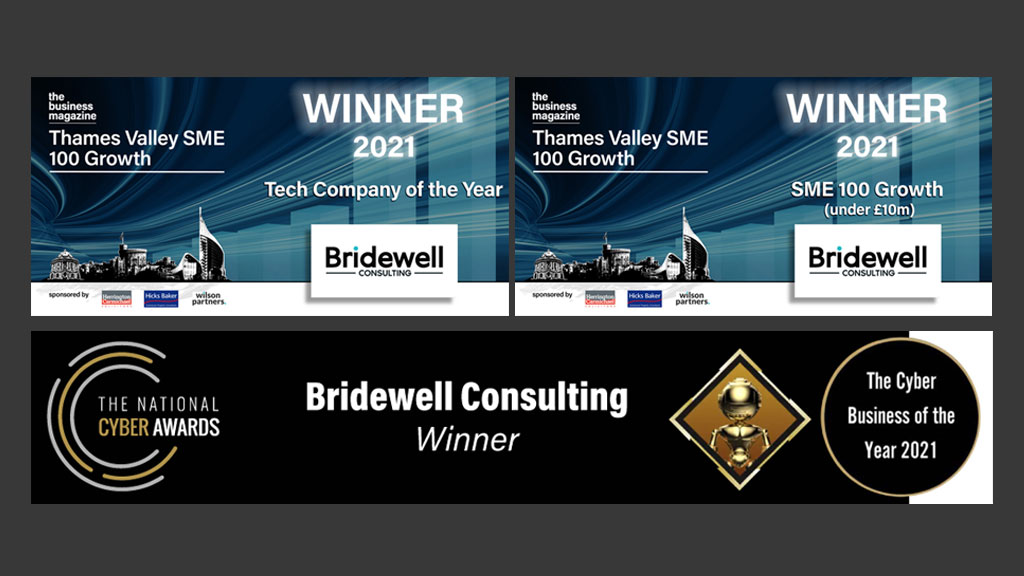 UK cyber security services company, Bridewell Consulting, today announced a year of record growth, with a 361% increase in new business wins in 2021, over half of which were achieved in Q3 alone. The company has also more than doubled its headcount from 49 to 128, with aspirations to grow to 200 employees by the end of 2022.

Bridewell is now the second-largest and one of the fastest growing, privately-owned, cyber security services firms in the UK. Its growth has been driven by a combination of factors including increased demand for Managed Detection and Response (MDR), the shift in working models and a requirement to align digital transformation with cyber security transformation.

To support the company on its remarkable growth journey, Bridewell has appointed Emer Slevin-Coleman to the newly created role of Head of People. With over 20 years’ experience in people functions within the IT sector, including at Fujitsu, Deutsche Bank and Sparta Global, Slevin-Coleman brings with her a wealth of expertise to spearhead Bridewell’s people transformation. She will be responsible for ensuring the company has the right skills, resource and culture as the company transforms from a smaller to larger business.

Commenting on the appointment, Slevin-Coleman says: “It’s a hugely exciting time to have joined Bridewell. The company’s growth is phenomenal and my focus will be on ensuring we retain the same high-quality and culture as we expand further. I’m looking forward to bringing those plans to fruition and helping to attract the top talent, not just in the UK but across Europe and the US.”

The news follows a momentous year for Bridewell with the company recently picking up three prestigious award-wins. Bridewell was named Cyber Business of the Year in The National Cyber Awards 2021 and won the SME 100 Growth (Under £10M) and Tech Company of the Year awards at the Thames Valley SME Growth Awards 2021.

The company has also realised several achievements this year, including the opening of five new UK regional offices, the appointment of Paul Driver as Non-executive Chairman and securing a multi-million-pound investment from Growth Capital Partners to enable Bridewell to continue to scale at pace in UK, Europe, North America and Asia. It has also delivered a number of flagship security transformation projects, including revolutionising the Security Operations Centre for Manchester Airport Group and an independent information assurance review for the 2021 Census.

Anthony Young, Co-CEO at Bridewell Consulting adds: “We always aim to push the boundaries in terms of modern cyber security delivery and recognise that success ultimately boils down to our people. We scaled up massively during the pandemic and were one of the few people in our industry who were hiring heavily. With Emer onboard, our recruitment will only go from strength to strength, ensuring we continue to attract the top talent and stay ahead of the latest threats and developments in cyber security.”

Headquartered in Reading, Berkshire, Bridewell has experienced a compound annual growth rate of 50% since 2018. The company serves sectors including critical national infrastructure, aviation, financial services, government and oil and gas, with its 24/7 security operations centre protecting some of the most critical national infrastructure in the UK.